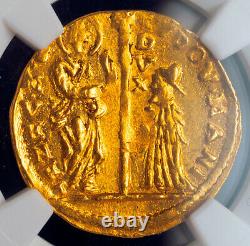 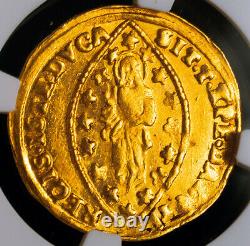 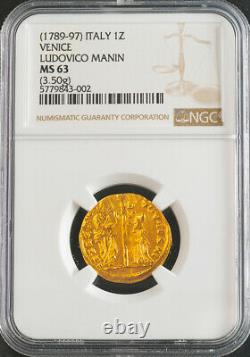 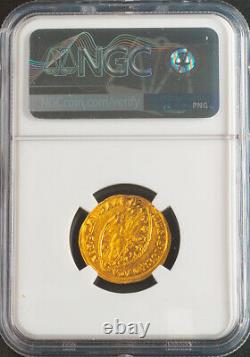 Legend: SIT T XPE DAT Q TV REGIS ISTE DVCA. Ludovico Manin (May 14, 1725October 24, 1802) was the last Doge of Venice. He governed Venice from March 9, 1789 to 1797 when he was forced to abdicate by general Napoleon Bonaparte. Manin was born on May 14, 1725, the eldest of five sons of Lodovico Alvise and Maria Basadonna, the great-granddaughter of a cardinal.

He attended the University of Bologna. In 1787 he met Pope Pius VI.

He had married Elisabetta Grimani, receiving a dowry of 45,001 ducats. He was elected Doge of Venice on March 9, 1789, approximately one month before the start of the French Revolution, on the first ballot (the electoral assembly was composed of 41 members). His traditional coronation ceremony required him to throw coins to the Venetians, which cost more than 458,197 Lira, less than a quarter of which was paid from the funds of the Republic of Venice, the rest coming out of his own pocket. By the year 1792, he had allowed the once great Venetian merchant fleet to decline to a mere 309 merchantmen.

The Doge surrendered on May 12, 1797 and left the Doge's Palace two days later. On May 16, French troops entered Piazza San Marco and the surrender contract was officially signed, submitting Venice to French rule, and incorporating it into the Kingdom of Italy. The item "1789, Venice, Ludovico Manin.) NGC MS-63" is in sale since Sunday, May 16, 2021.