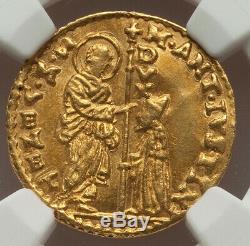 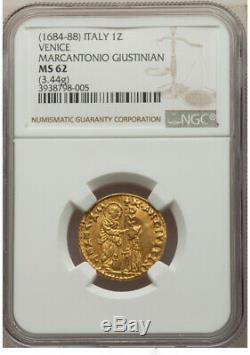 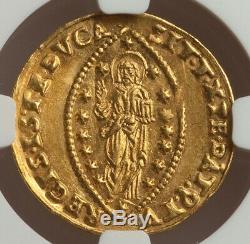 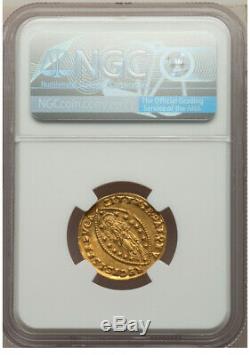 We believe first class collectibles combined with exceptional customer service should mark the height of your consumer happiness! That said, we are human and make mistakes. We simply ask this: if you have a problem, please allow us the courtesy of addressing any and all problems FIRST before leaving a comment or ratings or beginning a return etc. We'd be very grateful to you. After all, what's the point of giving good customer service when things are easy, right?

Giustiniani was the quintessential Doge of the Republic of Venice, taking little interest in affairs of state. Marcantonio Giustinian was born in Venice, the son of Pietro Giustinian and his wife Marina. From a rich family, in his youth he was given the nickname, Budella d'oro. A highly cultured man who spoke several languages, Giustinian served as the Most Serene Republic's Ambassador to the Kingdom of France.

While in France, Giustinian used his great oratorical skills to convince France to provide Venice with funds that enabled it to carry on the Cretan War (16451669). Giustinian became a member of the Council of Ten, and held various offices, but never served in the most important positions. Giustinian never married, or even had sex with a woman, and he liked to boast that he had thereby avoided sin. Following the death of Doge Alvise Contarini on January 15, 1684, Giustinian was elected as Doge on January 26, 1684. This move surprised some, who believed that Francesco Morosini was elected Doge, but the Council preferred a pliant doge whom they could control, while Morosini was able to lead its military campaigns.

This strategy led to Giustinian's reign being a time of military victories for the Republic, which were exciting for Venetians who had spent decades watching their empire decline, suffering military defeats, engaging in prolonged sieges, and generally being forced to agree to onerous terms in peace treaties. In 1686 and 1687, Morosini secured several dramatic victories over the Ottoman Empire, conquering Preveza, Kalamata, Navarino and the island of Santa Maura.

Giustinian was a modest man who could not hope to compete with the martial victories of Morosini. During his reign as Doge, he was content to host banquets and festivals, and he gained a reputation for going to church so often that he was given the nickname of St. Zuanino" or "the Doge of the Te Deum.

In his four and a half year reign, all major decisions were left to his advisers, a fact which led some Venetians to criticize him. Giustinian died on March 23, 1688, following a failed surgery. Later, a humorous poem circulated about the two attending physicians, Ton and Dolfin (whose names translate as tuna and dolphin), claiming that the doge had been killed by two fish. The item "1684-88 Italian States Gold Zecchino Venice Marcantonio Giustiani NGC MS 62" is in sale since Wednesday, January 1, 2020.

This item is in the category "Coins & Paper Money\Coins\ World\Europe\Italy, San Marino, Vatican\Italian States (up to 1861)". The seller is "redoubt_numismatics" and is located in San Antonio, Texas. This item can be shipped worldwide.